The message of South Ossetia delegation for mass media 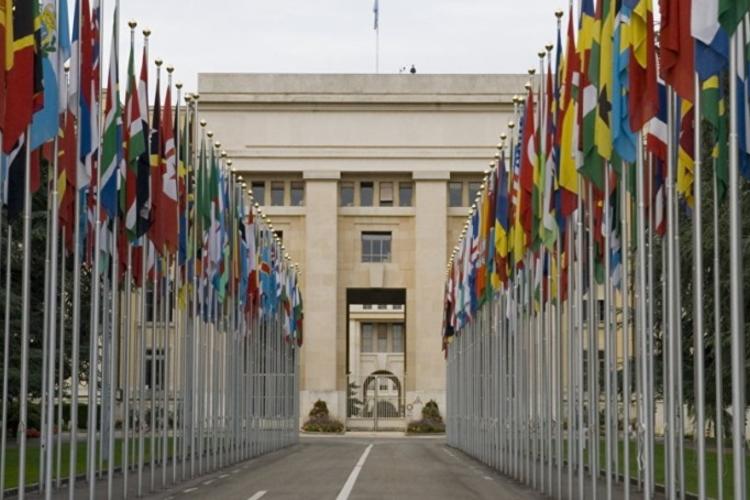 October 4-5, 2016 saw a regular round of the Geneva International Discussions on Security and Stability in Transcaucasia where official mission from South Ossetia, headed by Murat Dzhioev, the Minister of Foreign Affairs of the Republic of South Ossetia, missions from Abkhazia, Georgia, Russia, the USA as well as representatives of the EU, the UN and the OSCE took part in negotiations.

The discussions were held in two working groups: on security and humanitarian issues.

Main attention in Working Group I was drawn to the draft document on non-use of force by Georgia against South Ossetia and Abkhazia and to the problem of maintaining security and stability in regions. The expert group consisting of representatives of all parties continued its work on the statement on commitment to the principle of non-use of force as one of the fundamental provisions of the international law.

Due to the fact that during a long period of time there was no visible progress in this direction, South Ossetia party made new suggestions to the draft document that were supported by the majority of the participants. These suggestions will be considered at the next round of the Discussions.

During the discussion on security and stability about South Ossetia-Georgia border, the participants marked the productivity of the IPRM in general and the “hot line” in particular. At the same time members of South Ossetia delegation expressed concern about recent facts of violation of the border by representatives of Georgia security services and about attempts made by Georgian citizens to cultivate territories of the Republic of South Ossetia.
Once again South Ossetia delegates voiced the suggestion made to Georgian party to get to joint works on delimitation of the state border, that would help to prevent numerous problems related to absence of agreements on the border.

As an essential part of general security and humanitarian situation, issues related to the search of citizens of the Republic of South Ossetia, kidnapped and lost on territory of Georgia, were discussed as well. International observers assured other participants that the independent international expert on missing people cases invited by the OSCE would resume his work in October 2016.

Members of South Ossetia delegation consider absolutely inadmissible presenting by Georgia such humanitarian issues as refugees and IDP problems at different international stages including the United Nations General Assembly and the Office of the United Nations High Commissioner for Human Rights without their presence. Earlier similar attempts have already led to negative consequences such as, for example, blocking of discussion on these issues within the GID.

The problem of refugees wasn’t discussed within the round, as renewal of negotiations on this subject would become possible only when Georgia gives up turning artificially the problem into a political issue.

Within the discussion on cultural heritage South Ossetia participants emphasized once again the necessity of returning to the Republic the unique icon (the Okoni triptych) that had been stolen from South Ossetia museum and currently located in Georgia. Once again members of the delegation drew attention to the problem of preservation of those Ossetian historical-cultural monuments that are located on territory of Eastern Ossetia. This territory is currently under Georgian control and the Ossetians who were driven out are not allowed to go there.
South Ossetia representatives emphasized the non-acceptability of regular attempts made by Georgia to create artificial barriers to international contacts of South Ossetia and Abkhazia, including in cultural and sport spheres.