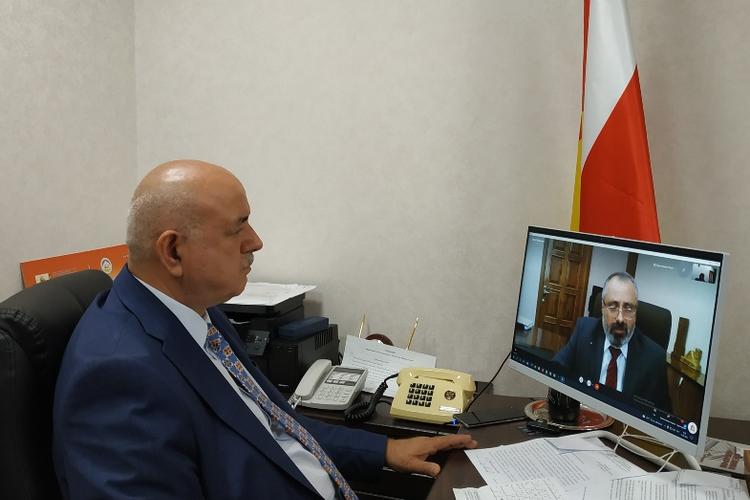 During the conversation, the parties discussed the state and prospects for the further development of bilateral relations between South Ossetia and Artsakh, including the expansion of cooperation in the field of humanitarian issues and education with the involvement of scientists and specialists from higher educational institutions of the parties.

The Ministers expressed a mutual disposition to continue the constructive relations that have developed between the foreign ministries of the two sides, confirming the course towards enhancing of intergovernmental cooperation.

David Babayan noted that the Alano-Armenian relations, dating back centuries, the history of friendship between the two peoples, numbering ages, undoubtedly, are a solid foundation for the further development of bilateral relations.

During the conversation, David Babayan also spoke about the existing problems associated with the consequences of the armed aggression against the Republic of Artsakh last autumn, stressing the positive role of the Russian peacekeepers, who are the only guarantors of peace and stability in the region.

D. Medoev, for his part, noted the common historical destinies of the two young states, which had to go through the same difficult tests after collapse of the USSR – military aggression from neighbors, great human losses, and wished the people of Artsakh peace, resilience and the earliest possible overcoming of all difficulties.

At the end of the conversation, Dmitrii Medoev invited David Babayan to visit South Ossetia at a convenient for him time.