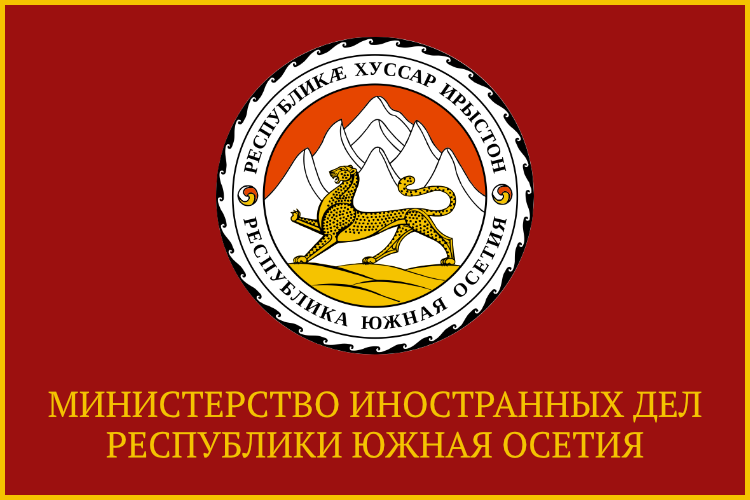 This year marks the 100th anniversary of the establishment of the South Ossetian Autonomous Region. The national-territorial entity of the southern part of Ossetia was formed in Soviet times by a separate Decree dated April 20, 1922. The adoption of this document was inextricably linked to previous events – the bloody struggle of the Ossetian nation against Georgia for the right to a free life and a decent future. In this regards, in 2020, the Ministry of Foreign Affairs of the Republic of South Ossetia made an appeal to foreign governments and nations to take into consideration the tragic date for the Ossetian nation – the centenary of the Ossetian genocide, committed by the Georgian government in 1918-1920.

At the beginning of the XX century, as a result of the revolution of 1917, the Russian Empire seized to exist, and on the ruins of the Empire new states began to emerge and build their national statehoods, expanding their borders at the expense of other nations’ territories, as it happened in Transcaucasia with the people of South Ossetia.

At the background of the notorious historical experience of the relations between South Ossetia and Georgia, the South Ossetians have once again faced the issue of national state self-determination.

The struggle of the South Ossetians for national self-determination in 1920-s, which excluded division of Ossetia, was accompanied with bloody terror and military aggression by the government of Georgia and its new friends – the Entente countries.

On May 26, 1918 the former province of the Russian Empire, Georgia, proclaimed its independence and voiced claims on the southern part of Ossetia; it mobilized its military potential and marched with “fire and sword” across the entire South Ossetia. The genocide of the Ossetian nation have been committed: about 7000 persons were killed, mostly women, children and elderly people. Hundreds of villages were burned and more than 20 thousands Ossetians were expelled and fled to North Ossetia. The war unleashed against the Ossetian people is one of the most shameful pages in the history of Georgia.

Finally, this circumstance has contributed to the collapse of the recently formed Tiflis regime and the establishment of the Soviet authority in Georgia in 1921. Against the will of its people South Ossetia was incorporated in the new Bolshevik entity – the Georgian Soviet Republic.

However, that decision has never been recognized by the population over 70 years of South Ossetia’s forcibly stay within the Georgian SSR. Resistance to assimilative policy led by all Georgian leaderships, numerous protests by the Ossetian intellectuals and the people of South Ossetia in 1937, 1944, 1949 , as well as in 1989 – 1992 and subsequent repressions, acts of aggression and wars are evidence to that.

By the moment of the USSR dissolution the understanding that the inclusion of South Ossetia in Georgia in 1922 had been nothing but a forced annexation of foreign national territory by Georgia, gained a firm foothold in Ossetian consciousness.

The issue of self-determination of the South Ossetians has always sharply been rejected by Georgia over more than 100 years and has always led to clashes of Georgian-Ossetian interests; Georgian authorities tried to prevent the desire of South Ossetia to create its statehood.

The Georgian neo-Nazism has not passed even today. In 2008, it was shattered by the iron will and the unity of the people of South Ossetia, the undying desire to be masters in their land, of their future.Ossetia withstood and won honor passing through incredible trials and at the cost of great self-sacrifice proved to the whole world its inalienable right to freedom and decent future.

The publication of this Appeal today – on June 8, on a special day in the Ossetian history – the day of the proclamation of the Soviet form of representative government in South Ossetia in 1920, is dedicated to the 100th anniversary of the establishment of the South Ossetian Autonomous Region, the prototype of the modern state of Alania.

The Appeal is being published on 12 languages, including all official languages of the United Nations.

Minister of Foreign Affairs of the Republic of South Ossetia